$20
Not on Sale
About this event

SubCulture, in association with Quincy Jones Productions, is pleased to announce a special concert with Indigenous Australian artist Geoffrey Gurrumul Yunupingu. The concert will be the first collaboration between the venue and QJP.

Jones claims, “Gurrumul is an incredible musician. Through his voice he paints you the complexity and beauty of his Aboriginal roots, and it reminds me of how we're all so similar. Just beautiful.”

ABOUT GURRUMUL
Born blind, Gurrumul grew up as a member of the Gumatj clan on Elcho Island, off the coast of tropical North East Arnhemland. His fragile but powerfully emotive voice has affected the public in a way no other artist has done in his native country.

The debut album ‘Gurrumul’ has sold half a million copies worldwide, reaching Triple Platinum in Australia. A deeply traditional man with the voice of an angel singing of his love of country (Wiyathul, Galiku), his deep spiritual connection with the land (Djarimirri, Marrandil), the death of his father (Bapa), the difficulties of being born blind – which he sings in a mixture of local language and English (Gurrumul History) - and the importance to his life of continuity and his ancestors. The backing is sparse and simple.

Gurrumul has performed for The Queen of England, The Prince of Wales, The Duke and Duchess of Cambridge, US President Barack Obama, Crown Prince Frederik and Princess Mary of Denmark, in addition to being one of only two Australian performers at the Queen’s Diamond Jubilee Concert at Buckingham Palace, confirming this multi ARIA award-winning musician’s place as an international star, capable of transcending cultural boundaries.

This unique Aboriginal man sings songs about identity, spirit and connection with the land, its elements and the ancestral beings he is related to. His high tenor voice and aura-like persona creates emotion, compassion and a feeling of peacefulness and longing with audiences around the world. 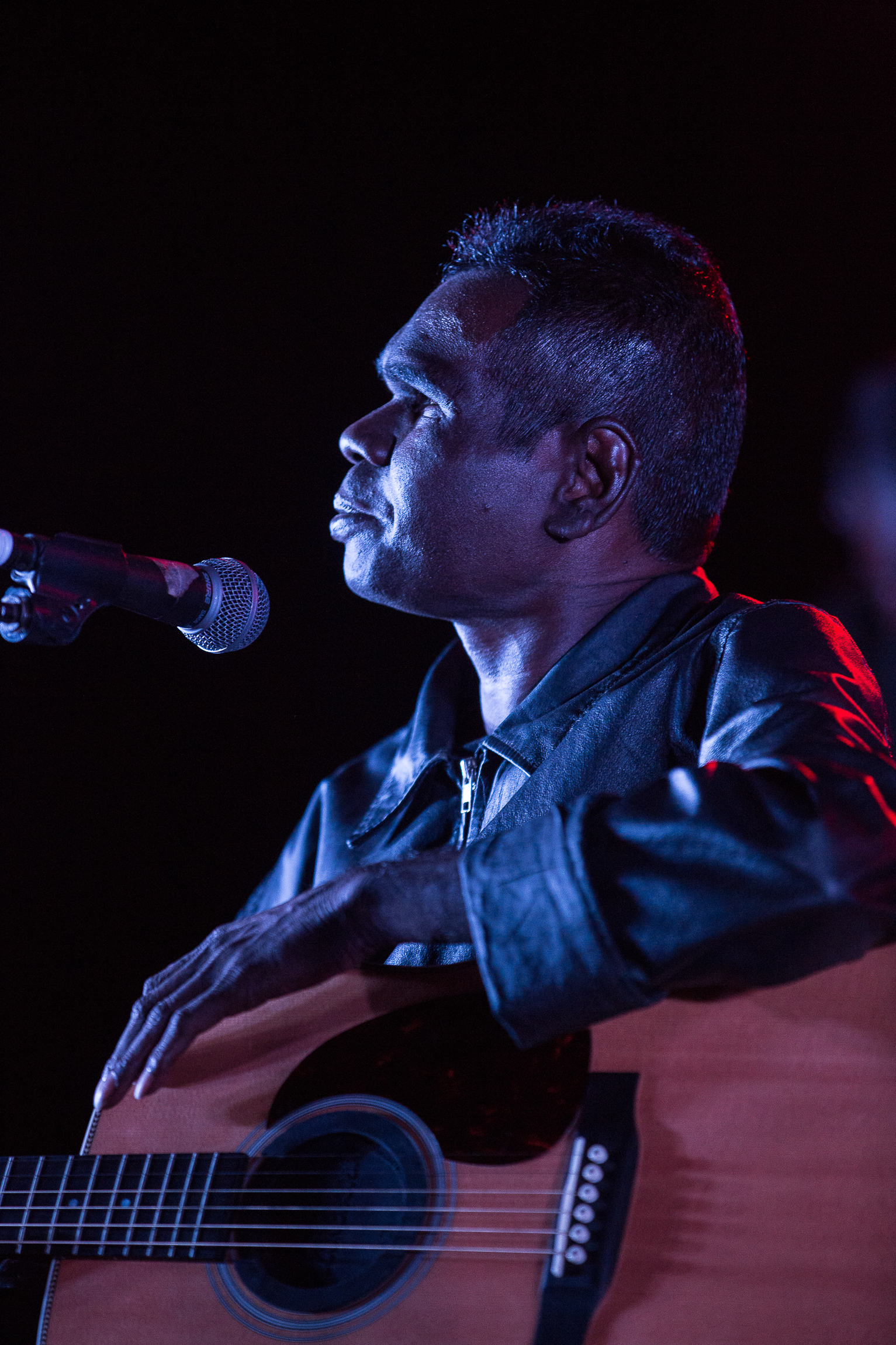